I’ve never been a huge celebrator of Valentine’s Day – it’s just another day. I wouldn’t be pissed if my boyfriend didn’t get me anything.

That is, if I had a boyfriend.

What I do have is an awesome friend, Shaun.

I got flowers at work yesterday for the first time ever. Saying that it made my day would be an understatement – this week has been more stressful than most. And it doesn’t help that I’m single on this damn holiday.

But then I read the card: 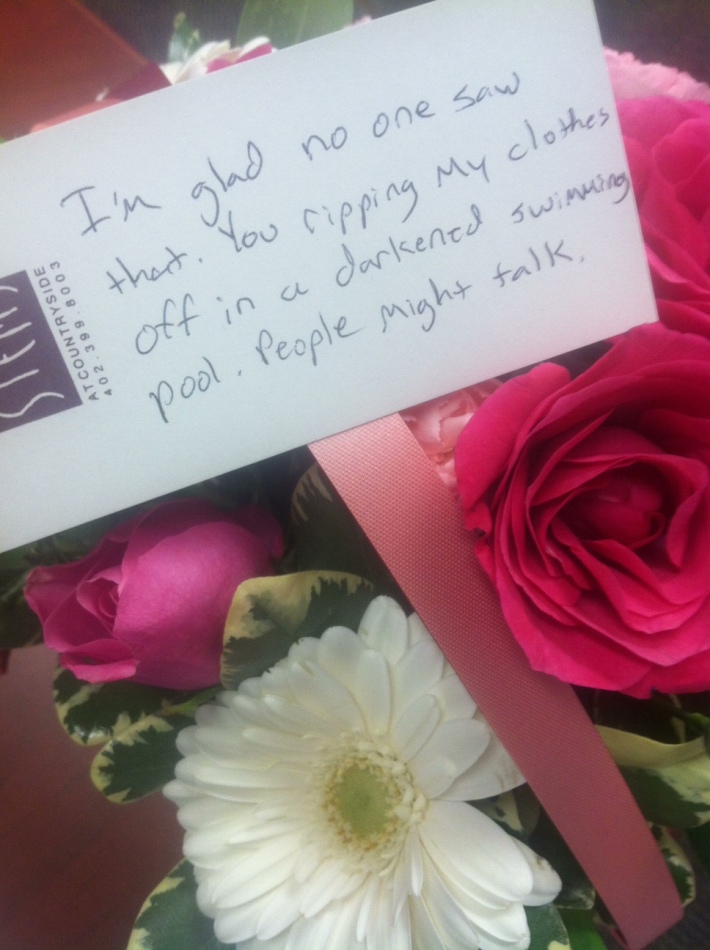 I definitely jumped up and down and squealed.

If I haven’t mentioned already, I’m a huge Sherlock fan.

Also, the fact that someone at the flower company had to write that out is hilarious.

I got Shaun flowers, too. He is also boyfriendless at this time. And as fate would have it, I included a Sherlock quote with his flowers.